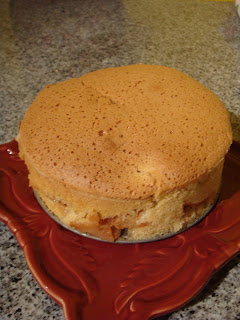 This week’s Sweet is Sharlotka, Russian apple cake.  I started with this recipe from one of my favorite Kansas City area bloggers.  I wanted to bake a recipe that was both seasonal and specific to Russia, as this week’s Sweet Friend immigrated to the U.S. from Russia.

I went to a local apple orchard, bought a peck of apples, borrowed this fancy apple corer/peeler/slicer gadget from Cathy and set about making a mess in the kitchen.  The apple gadget was great fun to use and before I knew it, I had peeled about half of the apples, more than enough for two Sharlotkas.

The first Sharlotka was baked in a 9 x 13 pan and I followed the recipe closely, mixing in no additional ingredients, only changing the flour to my gluten-free blend.  It was very tasty and well liked by those who ate it warm from the oven, however I wanted to blend in the flavors of fall, which to me are cinnamon and nutmeg.  The second batch was baked in four 4 1/2″ springform pans and two small loaf pans to make it easier to share than a full cake.  Here’s my adaptation of the recipe: 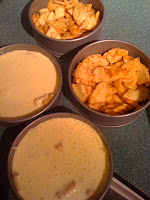 Separate the egg yolks from the whites.  Add 6 egg whites to stand mixer bowl and whip to a stiff peak.  Slowly incorporate sugar and whip for 5 minutes or so.  Add 6 egg yolks and vanilla, continue whipping.  Mix in flour, cinnamon and nutmeg until well blended.

Pour the cake batter over the apples.  Bake at 350 degrees for 25 to 30 minutes if using small pans, 45 to 50 minutes in a 9 x 13.  (This is less time than the original recipe indicated and may be due to the change to gluten-free flour.)

This week’s Sweet Friend is Ivan.  I met Ivan a couple of years ago, thanks to his adorable daughters.  I created balloon sculptures for his girls on several occasions, chatting with them and Ivan while I worked. One day while I was working away, Ivan commented on my funny shoes.  I bought them for running, but found them so comfortable I started wearing them to work.  From that conversation, we figured out we were both distance runners and enjoyed multi-sport races. Ivan eventually bought those funny shoes, too, but has now ditched them for barefoot running. 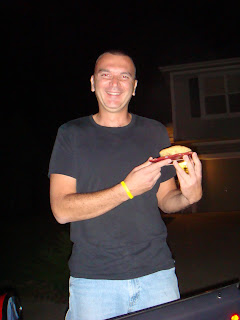 Then I found out Ivan is seriously goofy. And I like goofy. By goofy, I mean suggesting we run a team race in hot pink tutus while wearing pink flamingo hats.  I don’t know many guys who would do this, let alone suggest it.  But we did do it and it was great fun.  His adorable girlfriend joined us for the day and the two of them made running 44 miles enjoyable.  Yeah, that’s possible with the right friends. 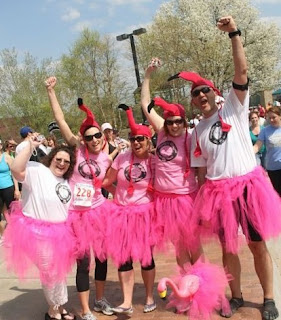