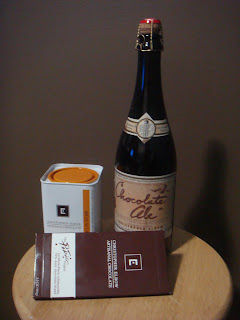 Living in Kansas City, surrounded by local food products rivaling those created in cities more noted for their food scene, makes me feel spoiled.  While we will probably always be known for our BBQ, there’s so much  more here….like beer and chocolate.

The cupcakes below were created with Boulevard Chocolate Ale, a limited edition member of the Smokestack Series, and Christopher Elbow’s Drinking Chocolate.  The Drinking Chocolate should not be confused with cocoa powder, as it contains tiny pieces of dark chocolate solids, sugar and a bit of vanilla.  I used a slightly less-sweet combination of sugars in this recipe than usually used in a chocolate cake batter in an attempt to avoid bitterness when combining this very chocolate-y beer, created with roasted cacao nibs, with sweetened chocolate in a rich cake batter.

Combine the chocolate ale and butter, chopped into small pieces, in a large sauce pan.  Over medium heat, melt butter.  Remove from the heat, whisk in the drinking chocolate, brown sugar and coconut crystals.

Whisk together flours and soda in separate bowl and slowly add into liquid mixture.  Mix until just incorporated, no lumps should be present.

Pour a scant 1/3 cup batter into cupcake papers.  Bake for 19 minutes, until a toothpick inserted into the center of cupcakes comes out clean.  Cool for a few minutes in pan, remove to cooling rack to continue cooling.

In bowl of stand mixer, cream butter and shortening together.  Slowly add Drinking Chocolate.  Blend until well incorporated.  Add powdered sugar one cup at a time, mixing to incorporate each cup before adding the next. This mixture will be quite thick.  One Tablespoon at a time, add Chocolate Ale with mixer on low until desired consistency is reached.  I used all 4 Tablespoons.  Once you have reached the desired consistency, you may turn the mixer on high and whip for 3 to 4 minutes if you like a fluffy frosting.

Frost cupcakes once they are completely cooled.  I used a large open star tip in a pastry bag.

I was asked today if I would bake with this Chocolate Ale again.  Given the popularity of this beer, I am unlikely to have the opportunity again but if I did, I think instead of using it as a baking ingredient, I would pair it with an orange ginger cupcake.  I would love to hear what you had alongside your bottle of Chocolate Ale! 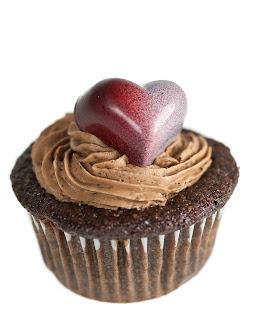 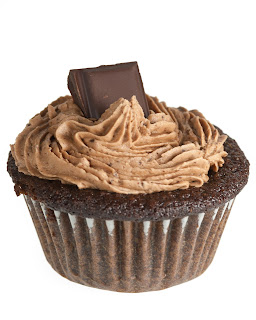 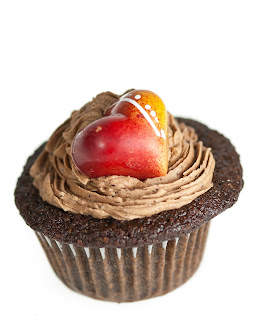 (The above recipe is NOT gluten-free.  To make it gluten-free, substitute a gluten-free beer for the Chocolate Ale.  I recommend Green’s Amber Ale or Tread Lightly Ale.  Until there is a conclusive hordein test, gluten sensitive folks should probably avoid regular beer. These cupcakes were made for my Valentine, who enjoys gluten, beer and all things chocolate.)