On a cool Saturday morning in August, John and I rolled down the hill from the Winter Park Resort to the beautiful town of Winter Park for donuts at Ziggy’s.  What a great little donut shop! 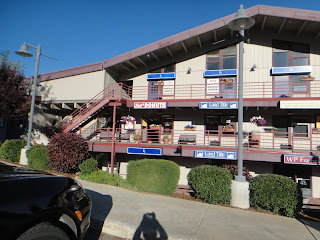 I noticed several fun things about Ziggy’s.  The bright red chalkboard wall makes so much sense for a donut shop to share seasonal offerings. In front of that wall was every child’s dream, a sprinkle station!  Ziggy would custom dip any donut and add any of several varieties of sprinkles or nut to the donut while you wait.  So fun! 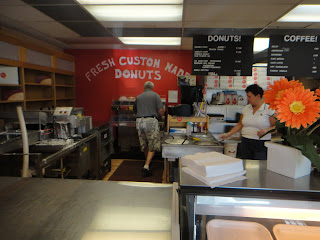 Here are a couple photos of the donut offerings: 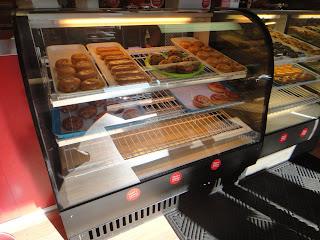 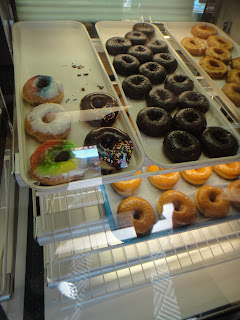 Isn’t the rainbow frosted one fun?

As with all really good donut shops, the owner Ziggy is very friendly.  He asked if we were in Winter Park for the MINI Cooper gathering, Minis in the Mountains, which we were.  He then shared with us a really terrific story, recounting memories of his own Mini as if it were yesterday.

Ziggy, a native of Poland, shared with us that he had driven to Holland to pick up his own Mini many years ago.  He said it was the trendy thing to do, drive to Holland to get a British car.  He bought a 1978 Mini 1100 with Hella driving lights, 10″ wheels with Firestone Sport 200 tires and a fabric rollback sunroof.  He grinned while recounting the first time he had left his headlights on and needed a jump start.  He couldn’t locate the battery (it’s in the trunk) and had a heck of a time maintaining any semblance of cool while hopelessly looking around the engine bay for the battery.

He drove the Mini back to what was then West Germany and eventually left it with his brother when he came to the United States 28 years ago.  For the last two years, Ziggy has been making delicious donuts in Winter Park. Go visit him, not just for the donuts but also for the fun stories Ziggy generously shares.

If you are in Winter Park and looking for great donuts, give Ziggy a call.  They will even deliver!  The counter was lined with pictures drawn by children and thank you notes from families, grateful to have fresh donuts delivered to their vacation homes.