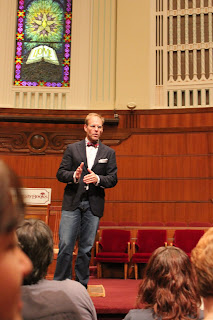 A couple Mondays ago I went to a booksigning event hosted by our local, independent bookseller, Rainy Day Books. Alton Brown made a stop in KC to talk about his new book, Good Eats 3.

Yes, I admit to being a Food TV fan girl.  I’ve been to see quite a few food celebs when they have appeared in our area,  I’ve traveled to hear a great cookbook author speak. Some are exactly as they appear on TV or how they sound on their blogs, some have been less than friendly, even to the event hosts.  Seeing Alton Brown stands out from all of the others I’ve seen for many reasons…

I expected his appearance in KC to be of the same format as many of the Rainy Day Books events. Owner Vivien Jennings would sit on the stage in a chair beside Alton, surrounded by some kitschy decor provided by a local furniture store, reading him questions the attendees wrote on index cards prior to the event.  She would select the questions, interject a few of her own here or there and the gentleman seated in front of me, dragged there by his wife, would be snoring within the first 15 minutes. 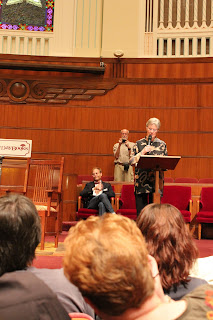 Instead, Alton in a very comedic manner took ownership of the stage and spent the next 75 minutes selecting which of the questions he would answer.  In the process, he managed to break a piece of that kitschy stage decor, breaking the feet off of a ceramic rooster. He had a stack of questions no less than six inches thick and dove right into answering some, tossing some to the side.  Some of the answers were very amusing, some were very thoughtful and received honest, helpful responses.  I have never, and don’t expect to again soon, laughed so hard at a food event.

Here are a few highlights of the event for me.  Among the first questions he answered was, “What’s the most essential tool in the kitchen?”  His response, “The kitchen table. If you don’t have folks to gather around, to break bread with, nothing you cook amounts to a hill of beans.”  I so agree with this and was excited to see many families attending this event together.  Cooking, baking and eating are all incredibly social activities and it was great to hear this reinforced.

One of the questions Alton Brown answered from an index card read something like this, “Will you write a gluten-free, yeast-free, sugar-free cookbook?”  His response, “Gluten-free French bread is like a meatless steak.”  While I’m not interested in such a cookbook, I would love to get an honest take from Alton Brown on gluten-free cooking and baking.  With the level of science knowledge he applies to food, he surely has much to offer.  (To those of you in areas Alton Brown will be visiting promoting his book, I encourage you to take him a loaf of gluten-free French bread. Prove him wrong!)

A guy seated near me asked about how to reduce/increase a brine.  Alton quickly responded, “Do the math!”  At another point he said, “Everything that happens in the kitchen is science!”  And you think gluten-free French bread can’t happen?  Come on, Alton!  You described exactly HOW it happens.  Math, ratios, to be specific, and science are the essential kitchen tools for us gluten-free folks. Right after the kitchen table, of course.

Another person in the audience asked if he cooked with his parents.  He told a story of creating a disaster with yeast and flour early in his youth and said he didn’t enter the kitchen again until he was an adult.  It was interesting to me that Ina Garten, when appearing in KC, also mentioned she did not cook in her childhood kitchen either.  Seems there are many who weren’t encouraged early on, yet discovered  culinary passion later in life.


One of the most interesting questions of the evening was, “What’s the most unusual ingredient you’ve ever used in the kitchen.”  Breast milk, he used his wife’s breast milk to make butter.  But that answer wasn’t enough, he went on to say that breast milk is low in fat, therefore has very little butter-y flavor.  Even more interesting was that there was a guy a couple of rows in front of me who had also attempted to make Breast Butter and was very enthusiastic about letting the 600+ people in attendance know that he had also done that. I’m still not sure what to think about that.


At the end of the question and answer session/comedy routine, Alton signed books.  Not just the new book, but any book and most any item people brought with them.  I saw one lady with a stack of NINE books.  While the people in line behind her seemed annoyed, Alton was quite cordial in signing all of them.  Another lady brought her fire extinguisher to be signed.  He had a staff member with him who took possession of cameras as you walked onto the stage and took photos.  This guy could operate any camera handed to him.  It was like he’d done this before… 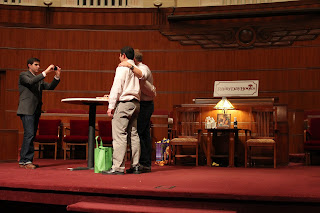 We were lined up according to ticket number for the book signing.  I bought tickets late, somewhere in the 400s, and sat for an hour and a half before getting in line. He asked all of those with children to come to the front of the line, a thoughtful gesture on a school night.  I was fascinated at how incredibly polite and warm Alton Brown was to each person he met.  He greeted them with, “Hi, I’m Alton.”  As is typical for me and my husband we got the, “Wow!  John & Johnna, did you plan that?”  It was nice banter, he was invested in being there.  I don’t know how he pulls that off hour after hour, book after book.


Sometimes when I met a celebrity I take a balloon-likeness to give them.  We’re pictured here with Alton Brown and Balloon Alton.  He was quick to tell me that he had never seen such a thing and wanted to know how long it took to make.  Just about as long as I waited to get my new cookbook autographed. 🙂 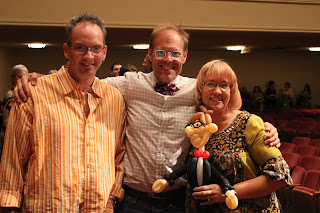 While I’ve just scratched the surface of Good Eats 3, so far I’ve really enjoyed it.  The first recipe I tried to make was homemade candy corn.  As Alton says, everything in the kitchen is science and my attempts to remove the cow dairy from the recipe failed horribly.  I think it is related to protein micrometer variances in cow milk and goat milk, as well as the presence of saturated fat in butter as opposed to non-dairy substitutes.  See, I learned something from Alton Brown! When I followed the instructions, it turned out well and even tasted like candy corn.  I used it as a topper on my Halloween cupcakes, a variation on these. 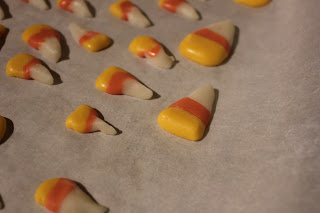 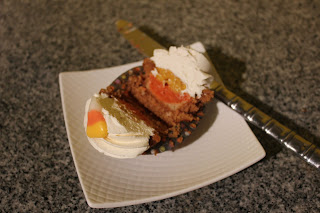 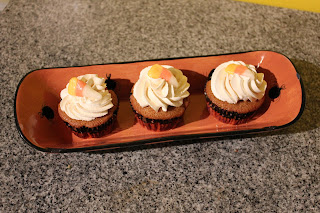 If you have the chance to see Alton Brown in person, I encourage you to go.  It was one of the best food events I’ve attended. I’m going next week to see a couple more food celebrities and am prepared for the let-down.  I doubt they will compare to the mix of fun and knowledge Alton Brown delivered.


So tell me, who’ve you been to see?  What did you think?   Were they what you expected based on their TV or online persona?

« Sweet of the Week #40i & #41i, Red Bean Paste and Pomegranate Muffins
A Book-Signing with The Cake Boss »