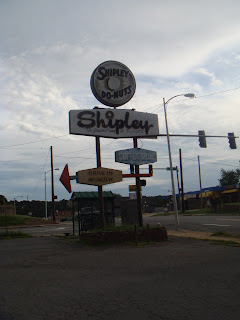 I had never heard of Shipley’s Donuts until work took me to Little Rock, Arkansas. The old timers in town suggested Shipley’s. One fella said, “Everyone talks and talks about that darned Krispy Kreme but you can’t beat Shipley’s.” That’s all that needed to be said…I was off in search of Shipley’s.

Shipley’s has been around for more than 70 years and spells donuts Do-Nuts, much like Holt’s in Grandview, Missouri. I wonder what that’s about? I like it and want to know why it is spelled that way. I read there are over 120 locations of Shipley’s, ten in the Little Rock area. I sought out one that looked like it would be in an older neighborhood, always seeking an authentic old school donut experience. And that’s exactly what I found. 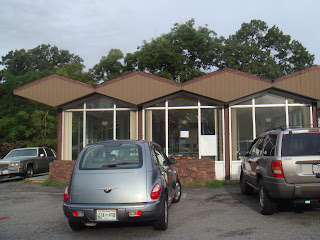 The exterior of the building was the first indication of a step back in time to the days when donut shops were more common and were actually part of a neighborhood, not part of a new strip mall. It wasn’t just the architecture that made me think this, it was the handwritten sign on the door alerting students of the nearby high school that they were not permitted to loiter at the donut shop. I think it said, “Buy your donuts and drinks and move along,” or something similar, direct and to the point. 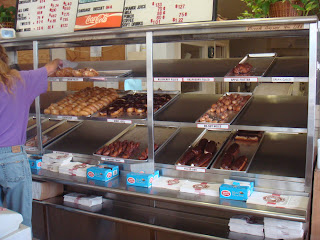 Even though I got there before 9 a.m., the donut selection was pretty sparse. Someone had recommended a sausage roll, but those were all gone. The lady in front of me snagged the last apple fritter. Even though it was a limited selection, my hubby had no trouble picking several donuts.

This location of Shipley’s wasn’t a sit-down-and-enjoy-your-coffee kind of place so we took the donuts and coffee back to the hotel. As we were leaving, I noticed the drive-thru window was added on to the original building. It was a just a tiny little closet sized addition, stuck right to the side of the building. There’s no speaker box or fancy menu sign, just pull directly up to the window and ask what’s still available. There is to be a donut shop like that in my tiny little ‘burb, now torn down and replaced by a bank with a fancy drive-up. Sigh. 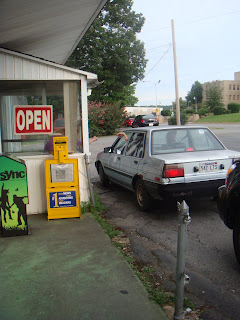 The donuts this week included a raised glazed, a chocolate frosted raised, a chocolate filled and a cinnamon sugar cake. They were all reportedly good. The chocolate in the filled donut was not like pudding and not the chocolate whipped fluffy stuff found at many donut places. It was thick and rich, like cake frosting. 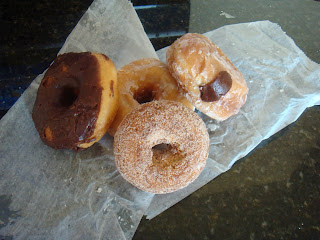 Every donut shop has something unique about it, even those that are part of a large chain. The thing I’ll probably most recall about my visit to Shipley’s was this sign on the interior window: 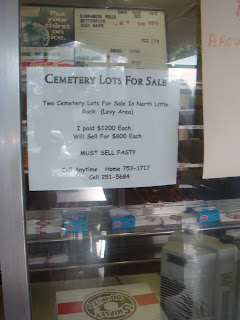 You just never know where you might find a buyer for a cemetery lot.