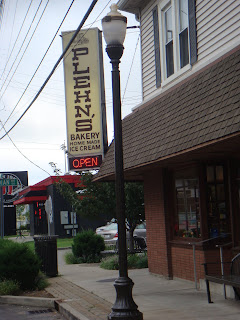 While working in Louisville, Kentucky, John and I were interviewed by the Courier-Journal newspaper for an article related to our work (more on that another time). The photographer covering the story, Bill Luster, suggested we visit Plehn’s Bakery for donuts.

Plehn’s Bakery is located in St. Matthews, a charming area full of locally owned businesses. We headed there on Saturday morning and easily found parking on the street within a block of the bakery. Three cyclists in their super-matchy spandex outfits were getting on their bikes to leave when we arrived. One was attempting to balance a cake in a box while riding his bike. Off they went, cake and all. I hope they got to their destination safely, with the cake intact!

The window was filled with cute cakes. My favorite was one shaped like an apple with a worm sticking out of it. Inside, it was packed. We got in line behind a young dad and his daughter who were debating which cupcake to get. The decision seemed based on the plastic cupcake topper more than the cake flavor. I love moments like this in a bakery or a donut shop. 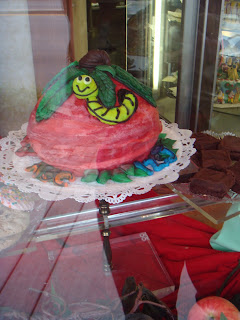 While we waited in what we assumed was the line, a frantic woman entered the bakery and asked us if we had taken a number. Oh, we didn’t know about the numbers. Neither did the dad and daughter in front of us. Since I was standing closest to the now-obvious number sign, I reached for numbers intending to give one to the family in front of us, take one and give the last to the frantic woman. Yeah, that’s not how it happened. She stated very loudly that she was in a hurry and would be taking the first number since none of us were in a rush or we would have taken a number when we came in. Oh. Not one to argue (which might create bad donut Karma), I gave her the first number, the family the next and took the last number for myself. Turns out she was picking up treats for her son’s football team and practice was nearly over. God forbid she be late to pick up her kid and deliver sugary snacks to his teammates! I totally understood her rush and absence of manners after she explained her dilemma. Yes, those were my eyes you heard rolling.

While waiting in line, I literally bumped into a fella who was trying to order a cake. Not just any cake, a cake with a car company logo on it. I struck up a conversation with him because he had the logo on a large sheet of paper and I happen to drive a car from that particular manufacturer. Turns out a new dealership is being built in Louisville (yes, there are still car dealerships being built, not just torn down) and they were having a party for current owners of said cars the next evening. The cake was to celebrate 50 years of this fun car. And then came the unexpected invitation to join them at their party the next evening, held at a local brew pub. The most interesting things happen while on the hunt for a donut…

We finally ordered our donuts from the vast selection (another bakery in the south with a huge donut selection) and also snagged a container of Benedictine spread. Until this trip to Kentucky, I had never heard of Benedictine spread. I noticed it was a competition category at their state fair and even the grocery stores had it in their deli cases. One on-line review suggested that Plehn’s had the best in the country so I knew I should try it! 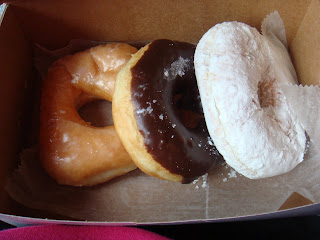 My take on the Benedictine spread is similar. It’s essentially cream cheese and cucumbers. Think ladies at bridge club having cucumber sandwiches. That’s basicallly the flavor, just eliminating one step by mixing the cucumbers and cream cheese together. Not sure why it’s such a big regional favorite because it was bland but I am glad to have tried it. It would be better with onions.

Unlike our food choices at Plehn’s, the experience was far from lackluster. It was memorable. The staff was charming. A chance encounter with a stranger led to a really fun evening at a BBC, the brewpub I mentioned earlier. Donuts have the strangest way of bringing people together and creating memories. Those memories of Plehn’s bakery are probably why the locals recommend it. Not because they have the best donuts in the world, but because it has always been there. I hope it always will be. And John says to tell you their cake is fantastic! 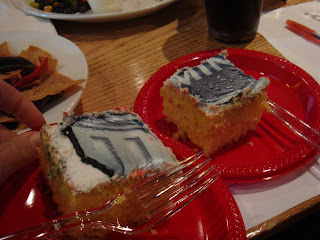 Plehn’s Bakery is located at 3940 Shelbyville Road in Louisville, Kentucky.