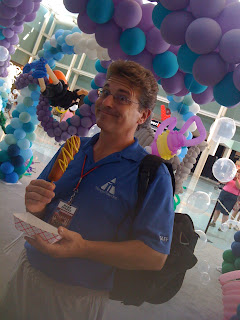 When I think of Food on a Stick, a Corndog* is the image that immediately comes to mind.  It’s the food I used to announce the 52 Foods on a Stick journey, on none other than National Corndog Day  It’s also the first Food on a Stick I chose to make gluten-free, it was the only one I knew I couldn’t live without when I had to remove gluten from my diet.

There is much debate about who invented the corndog.  I believe the folks at the Cozy Dog Drive-in in Springfield, Illinois were the creators. It fits best in my head to think that a drive-in on Route 66 would create such a food.  Around the same time, folks at the Texas and Minnesota State Fairs claimed to have created the corndog.  Regardless of who did, it’s a creation I’m happy to eat!

So here it is, the most stereotypical of Foods on a Stick.  And can you believe we made it more than halfway through the journey without someone trying a basic corndog?  All of us bypassed a traditional corn dog, assuming it was so typical that someone had indulged in one very early on.  John tried a vegetarian version at the Iowa State Fair, but it wasn’t until near the end of August that one of the intrepid Food on a Stick gourmands tried a basic corndog.  Mark had this one at the Kentucky State Fair and artfully dressed it with basic yellow mustard.  I much prefer this method of mustard application on my corndog to the basting brush, smeared on mustard applied by the corndog cart guy, I like to control the mustard to corndog ratio myself.

*Corndog vs. corn dog.  I chose to use the single-word version. The national holiday uses the one word version, so I followed their example.