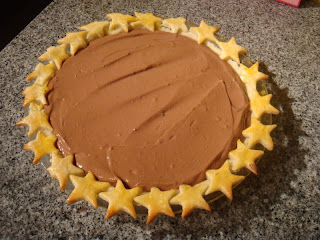 This post is part of the 4th Annual #LoveThePie Party.  Come join Love the Pie with TidyMom  sponsored by Whirlpool

and enter to win a new Whirlpool Range.

The challenge ingredient used in this pie is Kumquat.  I had heard of kumquats when buying citrus in the winter in Florida, but just assumed they were similar to tangerines.  I was wrong.

Kumquats are a small citrus fruit, about the size of a tangerine, sometimes even smaller, however they most often are eaten peel and all.  The peel is the sweet part, the pulp is a little tart.  Unlike other citrus fruits, they have a short growing season and aren’t available year-round in the U.S.  To use fresh, I would have to wait until late November or December, which is very close to the deadline for this year’s 52 project.  Better to get moving now!  I chose to use Kumquat Marmalade* from Kumquat Growers of Saint Joseph, Florida. As I mentioned earlier, the peel is sweet and I definitely wanted the sweetness.  Marmalade was a better choice than jam for this reason. *If you want to try your hand at making Kumquat Marmalade, the lovely Gretchen at Kumquat-Blog has a recipe to share!

Just in case you were wondering what the kumquat tree looks like, here’s a photo.  I saw them in the garden center at our local Lowe’s recently.  I don’t know if the trees would produce fruit.  Growing up, we had a cute little orange tree and it would occasionally produce a few fruits about the size of a cherry tomato. 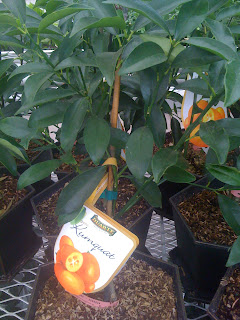 But enough about the kumquat, let me tell you about this sour cream crust. It is a mock sour cream crust, completely dairy-free.  I have been quite attached to my traditional pie crust recipe, but this one runs a very close second.  It’s flaky, has a good buttery flavor and is slightly creamy.  I think you’ll like it! 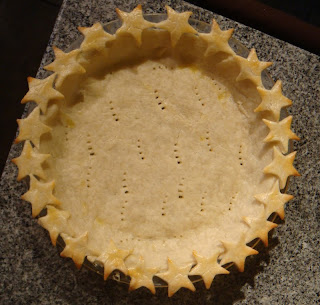 In bowl of stand mixer, mix Better Than Sour Cream and Earth Balance until well combined.  Mix in the flour, stopping when all is combined.  Place a sheet of plastic wrap on countertop, put pie crust dough on top of plastic wrap and flatten into a disc, about 6″ round or so.  Top with another piece of plastic wrap, fold in sides and cool in refrigerator for at least 30 minutes.

After dough has cooled, roll out between the sheets of plastic wrap.  No need to add extra flour to the rolling surface when your dough is already perfect!  Roll out large enough for a 9″ pie crust.  The crust will be of medium thickness as pie crusts go.

Brush your crust with egg wash.  Using a fork, pierce the bottom of the crust a few times.  Bake at 350 degrees for about 14 minutes until it just starts to brown.  Remove from oven. 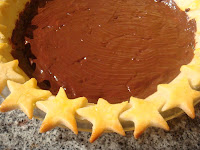 With a pastry brush, brush the bottom of the pie crust with melted chocolate.  Let cool in refrigerator while you make the filling. 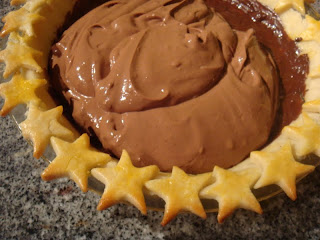 Mix all ingredients together in food processor.  Process until smooth then pour into cooled crust.  Refrigerate for 2 to 3 hours before serving.  Pie keeps best in the refrigerator, remove right before serving.

This post is part of the 4th Annual #LoveThePie Party.  Come join Love the Pie with TidyMom  sponsored by Whirlpool and enter to win a new Whirlpool Range.