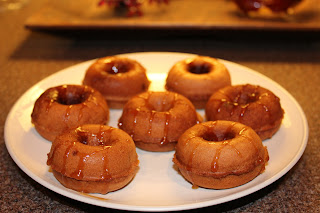 After Paula Deen announced she has Type 2 Diabetes, my Facebook and Twitter feeds were full of folks criticizing her, the internet was abuzz with criticism. Plenty of folks were sarcastically feigning surprise at her announcement, basically condemning all that she is. I’ve spent two days trying to process all of this, watching with sadness as those who also make bad choices, some who make their living sharing their lifestyle choices also, criticize her.

I’m a Paula fan.  Do I cook her recipes?  Rarely. They don’t fit within my current dietary style.  I watch her shows often.  She has a welcoming voice, a warm presence.  I feel like I would be at home in her kitchen.  She would make a terrific grandma, a delightful luncheon host.  Sure, she uses lots of butter and has a built-in deep fryer.  And she has absolutely used donuts* to make bread pudding and burgers.  Like most TV personalities, we haven’t seen much mention of moderation.  That wouldn’t be very entertaining, it’s not what the media machine thrives on.

See, here’s the thing: I get bad eating.  I’ve lost around half of my body weight.  I’ve fought with food, in fact I still do most days.  It’s the hardest thing I’ve ever had to do, to learn to eat right.  I’ve read others saying they no longer want bad food, but just this week I secretly wished I could grab dinner from a drive-thru.  Fighting off food issues is reportedly as difficult as beating cocaine addiction.  I still prepare and write about indulgent foods, I’ve simply had to learn moderation.  How I avoided acquiring a serious health issue like Type 2 Diabetes, high cholesterol or heart disease when I weighed more than 300 pounds is a mystery to me.  I am certain it is a blessing and I fight like hell every single day to maintain my health.  My wake-up call came earlier than Paula Deen’s.

So Paula isn’t as lucky.  She needs to quit smoking. I know how hard that is, too.  She needs to learn to eat right and not count on pharmaceuticals to cure her illness.  She also has a really terrific platform for sharing a healthy eating lifestyle with millions of people.  I hope she will find a way to use it, to show us all what she is doing to get healthy, to beat this thing with good food.

And here’s where I might lose you.  I’m not going to criticize her for waiting 3 years to tell us.  I waited after going gluten-free to share recipes because I was still learning.  That’s her story and I’m going to take it at face value.  Maybe she is really easing into this and wants to make sure she is sharing good information.  Maybe she is embarrassed. Maybe we don’t know the whole story.

I’m also not going to criticize her for partnering with a pharmaceutical company, even though I am not a fan of big drug companies.  I know there is a healthy, food-as-medicine way to help with her health issues. I hope she begins eating right, sharing her recipes and thoughts on the challenge of quitting smoking, on getting healthy.  I hope she shows us that Type 2 Diabetes medication was just a crutch to use until she got her feet under her.  The reason I am not criticizing her for this partnership is because I don’t know what her motive is for making money, hand-over-fist kind of money.

I’ve tried to think through why she would continue seeking so much sponsorship, why she is selling everything from hams to mattresses. Is it because she wants to make sure everyone who works in her corporation is provided for?  Is it because she wants to make sure her boys and their families are comfortable long after her time in the spotlight is over? Is she insanely greedy? Or is it guilt-driven?  Is she trying to make up for the years she spent trapped inside her own home, fearful of leaving?  Is she trying to make that up to her kids, trying to compensate for the less-than-perfect childhood she provided?  Or is she caught up in the momentum of a machine and has little control at this point?  None of us can really know for sure.  I’m not going to judge her because I can’t be certain of the decisions I would make in her position.

What I can do is drop her a line.  Maybe I’ll send her a tweet of encouragement.  Maybe I’ll write on her Facebook wall a few times, including links to recipes and food documentaries that helped me get on the right path.  Perhaps y’all can join me.  Imagine the positive energy a group of kind-hearted, healthy foodies could generate!  As a former Super Fat Girl, I can tell you that directing negativity at me wouldn’t have helped a darned thing . Not a darned thing. It wouldn’t have helped me overcome my cravings for unhealthy foods, it wouldn’t have helped me learn to eat better.  If anything, the stress of being judged and criticized would have forced me into the arms of my ever comforting friend, Bad Food.

So there, I said it.  I’m gonna keep watching Paula, I’ll buy a #TeamPaula t-shirt.  I might even go check out one of those mattresses she is pimping.  I’m also going to drop her a note of encouragement and hope for a positive change in what she shares with us and how she lives her life.  But I am not going to criticize her or her food choices. Much love to Paula and well wishes on her journey to health!

*About those donuts:  I came to food blogging via my 52 Donuts project.  I write about donuts to this day.  I’m guilty of encouraging my friends to eat a donut burger and an apple fritter loin sandwich on my dollar.  Donuts are not inherently bad.  Too many donuts too many days in a row is bad thing.  While I don’t know much about Paula’s infamous donut burger, I do know that if you split one glazed Krispy Kreme donut in half to make a bun, you’ve got a lower calorie, lower carb bun than the Whopper bun at Burger King.  Much love to the occasional donut. Moderation, y’all.