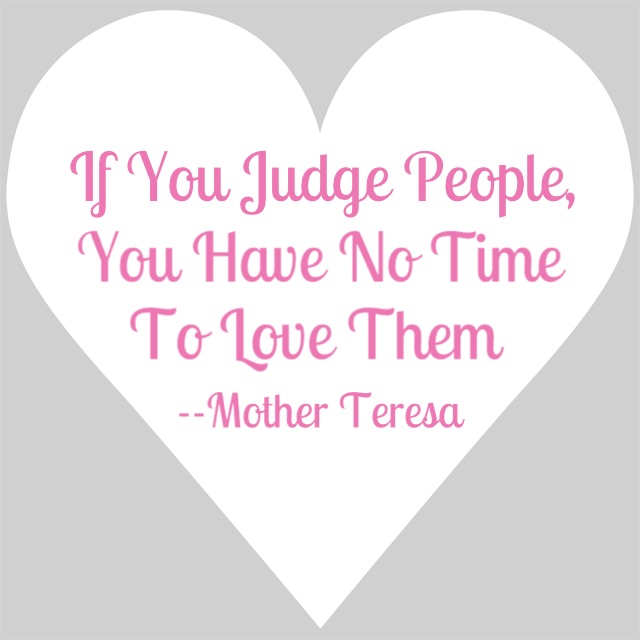 It took me months to string together the words for this week’s Soften Saturday post.  A comment I perceived as snide made by someone I don’t even know made me think many times about how we judge each other, how it feels to be judged and why we judge. That comment was made months ago and it has taken me this long to process what I wanted to say about judgment.

Let me say clearly what I really mean, how women judge each other.

I have never heard my husband say, “Look at what that guy is wearing!  What was he thinking leaving the house in that?”  I’ve never heard his friends say, “He sure is putting on weight.  He really should try the new weight loss wraps. He could lose two sizes in just 15 minutes!”  I know men battle this, too, but this week I’m directing this specifically at women.

So here’s the scoop on what inspired me to write this post:  I was teaching healthy cooking classes at a fitness studio.  I also was attending exercise classes there.  Another student there made a comment to one of the fitness instructors after seeing me in an exercise class, something like, “She’s the healthy cooking instructor??  She doesn’t look like what I would expect a healthy eating coach to look like.”  The fitness instructor jumped to my defense, telling her something like, “You have no idea where she came from, she used to weigh over 300 pounds.”  While I appreciate the comment of support, I felt the judgment was misplaced.  By looking at me in my frumpy workout gear you could decide whether or not I’m healthy and/or qualified to teach healthy cooking classes?

My initial reaction was to be fully and completely pissed off.  I wanted to say things like, “Bitch, have you seen my cholesterol numbers?  My doctor sends my test results WITH SMILEY FACES. And you? How about we compare resting heart rate?  Or blood pressure?”

And then I wanted to say, “See these race medals?  These are from races I’ve completed in the past five years.” 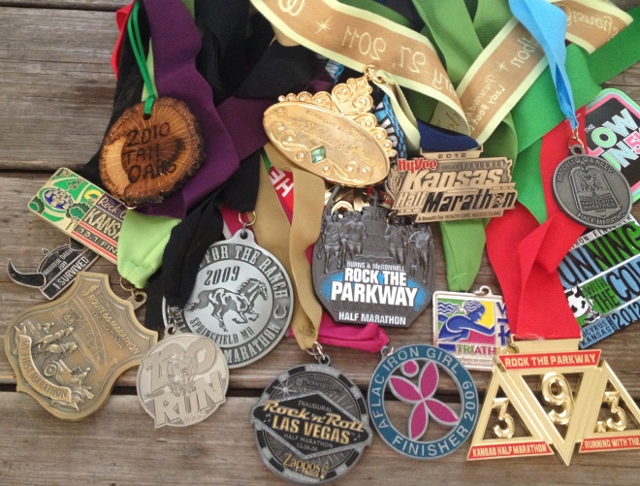 Also, “See these race bibs?  These are from other races I’ve been in since 2009.  Half and full marathons, 5Ks, 10Ks, duathlons, triathlons, adventure races, a high altitude race series twice. Around 100 races.” 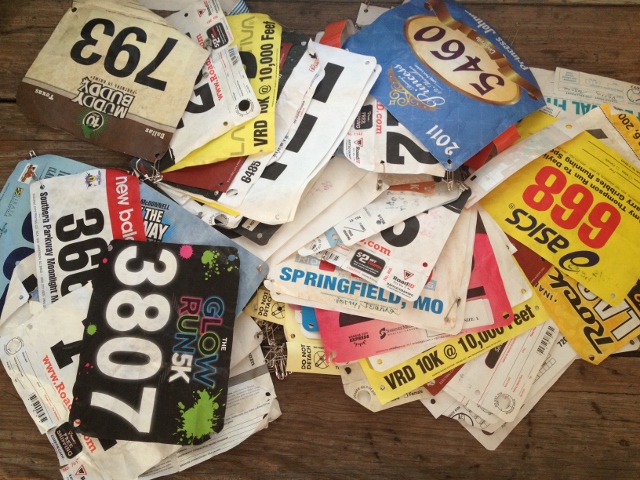 Then I realized I was equating healthy to active, or maybe in my case, exercise obsessed. The two aren’t synonymous.

So I then wondered if I could ask to take a peek into her refrigerator, into her pantry. Would I find the perfect version of healthy there?  (What’s that look like anyway?)

I also wanted to say, “Who do you think you are judging me?  Assuming that my size 8 or 10 ass isn’t as healthy as whatever skinny pants you walked in here wearing isn’t nice. I’d also bet it isn’t accurate.”

Plus I wanted to pull out my chef certificate, my nutrition training credentials, ask if she had ever been to a cooking class with me.  Turns out I do know plenty about healthy cooking and I practice it each and every day because my immediate health depends on it. It just so happens I’m not teeny tiny.  I’ve got an ample booty and juicy thighs.  I kinda dig them and my fella ain’t complaining.  I’m strong, I lift heavy shit both for work and for exercise. My body carries me long distances by foot and on bike. I eat well, I move often,  I focus on health as though it were my job. Don’t you dare judge me based on my appearance alone.  Not that there is a damned thing wrong with my appearance anyway!

After I got over being pissed off, I was sad thinking how mean we as women can be to each other.  Not to mention how mean we are to ourselves.  I second-guessed myself several times after this comment from a stranger was made about my appearance. I didn’t even hear what exactly was said, it was a second hand statement made to me.  Good grief.  That woman probably made the comment in passing and never thought about it again.   Did it really matter?

And then it hit me.  No matter how much weight I lost, I would never be the picture of healthy pushed by many in the fitness industry which is often tied into the weight loss industry, by the media, by the masses. I will never be perfect.  Nor will you, none of us will.  Constant reminders of female imperfection invade us from so many places!  I’m trying to tune them out.  I’ve chosen to chase after health and not after skinny, but only came to that decision after chasing skinny so hard it made me sick.   Like many of you, I battle with this.  I want to be what the media tells us is pretty, what is right for how a woman should look, fit into the mold of what an often inaccurate vision of healthy looks like. But dammit, it’s just wrong.  That whole way of thinking is warped.  Healthy looks like a lot of things on women.  My version of healthy may not be yours.  Why you gotta judge mine?

So what does healthy look like?  It’s different for each of us. For me, I’m trying to attain a level of health that allows me to continue maintaining my triple-digit weight loss without wreaking havoc on my thyroid, without becoming severely anemic. (Both of those things have happened with poorly chosen dieting.)  I’m trying to repair 30+ years of damage done to my intestinal tract by eating moderate amounts of foods that are healthy for me.  I’m also trying to at least maintain if not increase my physical strength and endurance.  I’m doing everything I possibly can to be healthy.  There are so many ways to determine health. The least valuable indicator of this to me is my clothing size.

If you want to judge what healthy looks like for you or any other woman, please consider that there is much more to this than what size pants or dress a gal wears.  And also ask yourself why you are being so hard on yourself…or another woman.  We’re on the same team here, gals.  Making judgments about another woman may say more about how you view yourself than how you view that woman anyway.

And if you happen to be the woman who made the comment about my appearance, I get you.  I’ve made judgmental comments about the appearance of other women, too.  It almost always came from a place of discontent within me, a place of non-acceptance of me, not the woman I directed my snarky comments to. Let’s both just chase after healthy and be softer to ourselves and each other.  Let’s get our Pollyanna on and find it within ourselves to be kind and accepting.  I’ll do it if you will. 🙂