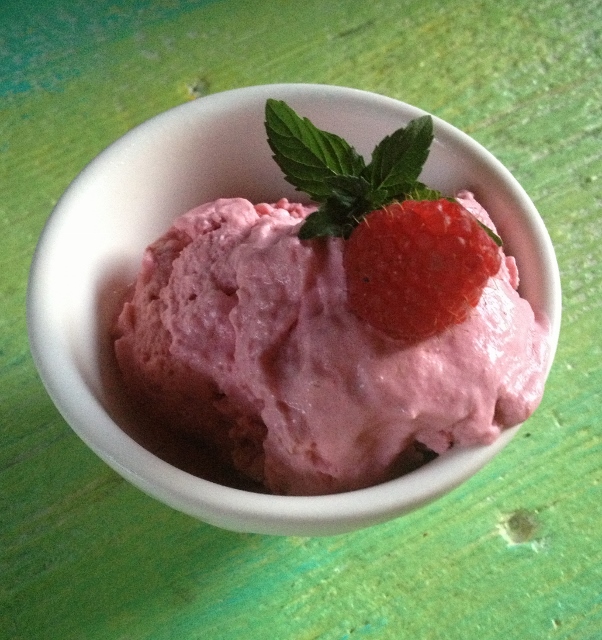 Moving right along on my Healthy Eating calendar project here’s the August recipe! But first, a confession…

I don’t really like ice cream.  There, I said it.  About once a year, I want Dole Pineapple Whip.  I eat an ice cream sandwich on rare occasions, even rarer since eliminating gluten.  I even tried to like making ice cream, I bought the fancy ice cream maker bowl for my KitchenAid mixer.  It’s been used exactly twice.  Sigh. 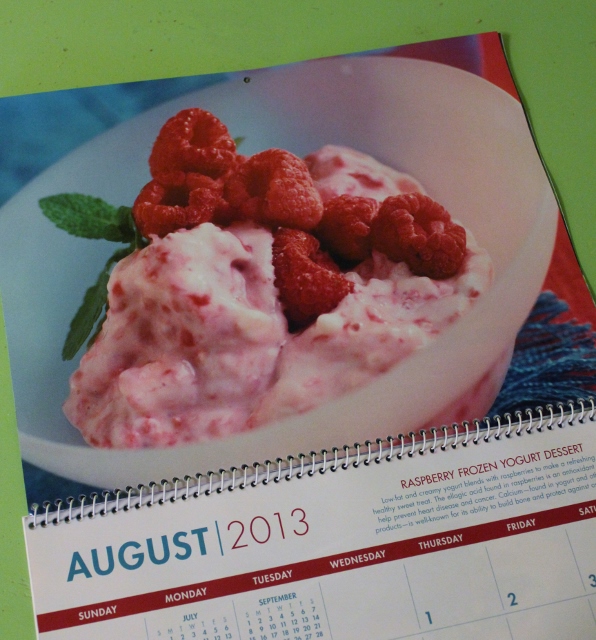 So the August recipe was a challenge for me. The calendar featured a “Raspberry Frozen Yogurt Dessert.”  It was a relatively simple recipe, using only yogurt, sweetened frozen yogurt, raspberries and a sprig of mint.

I kept mine just as simple, using just a few ingredients.  Since my body likes it best if I avoid dairy, I’ve made this version dairy free. It’s also simple to make, no ice cream maker required.  And guess what?!? I like it!  Finally, something similar to ice cream that I would gladly eat.

If you like this style of recipe, you might also enjoy the Lychee Coconut Ice Cream over at The Canary Files.  Always such nice recipes on that site anyhow. You should pop over there and take a look around!

« Soften Saturday: Why Are You Judging?
A Healthier Version: Taco Bell’s Mexican Pizza »