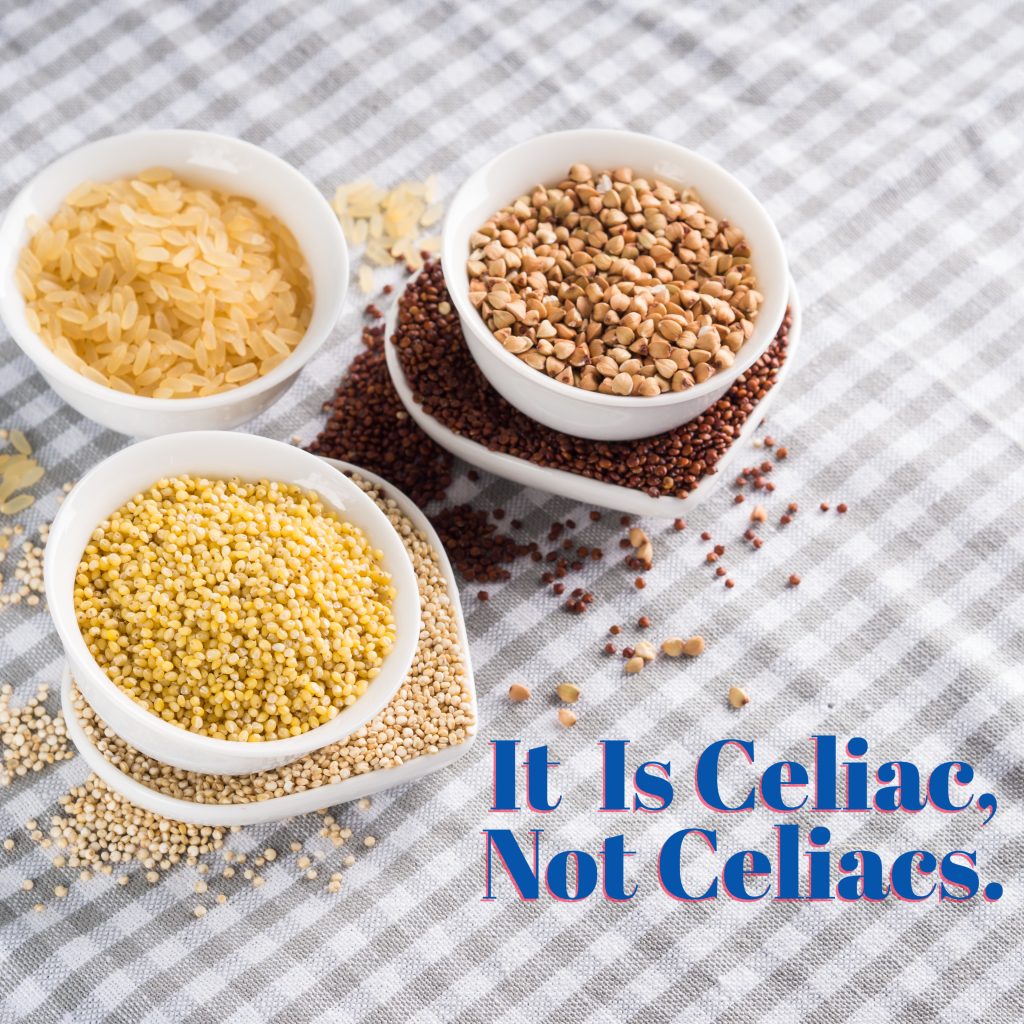 It Is Celiac, Not Celiacs

Often we hear something like this, “Oh, yeah, my nephew has celiacs.” But no. He has CELIAC. There is no S on the end. Here’s why it is celiac, not celiacs…

Celiac is derived from the Greek word ‘koiliakos’ after the word ‘koelia’ meaning abdomen. The English word became coeliac, which is celiac in American English.

This word was coined by Greek physician and medical writer Areteaus of Cappadocia in 101-200 AD.  That little tidbit of information is a good one to retain, the next time someone says to you, “It’s just a fad diet. I’ve lived all these years and never heard of anyone with celiac disease before.” A young woman’s skeletal remains from the first century AD were found in an archaeological dig in Cosa, Italy in 2008. It was found that she was malnourished,  short, had osteoporosis and dental enamel hypoplasia. DNA was extracted from a bone and tooth sample and she was found to have the gene HLA DQ 2.5, the haplotype associated to the highest risk of CD. Celiac disease isn’t new.

So there you have it, it is celiac, not celiacs. And it’s sure not a new disease, just lots of folks still unfamiliar with it. Let’s change that!