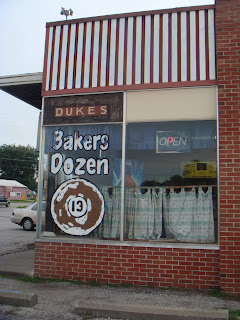 A friend of a friend recommended this week’s donut stop, Duke’s Bakers Dozen in Belton. John joined me for the 30+ minute drive in the rain to a part of the city we are not overly familiar with. I could not recall ever being in the business district of Belton before. Several miles of taquerias, buy-here-pay-here car dealers and random businesses that looked like they have been there forever greeted us. There was little activity going on around any of the businesses, excep the donut shop.

Baker’s Dozen is in a small strip of stores which includes a Mexican bakery and has a tiny parking area. There were plenty of folks coming and going, a single guy in his 50s, three generations of a family, the grandfather toting the Sunday newspaper, a mom in a pickup truck nagging her kids to hurry up. We headed inside and were immediately hit in the face with the commingled smell of grease and cigarette smoke. Apparently Belton does not yet have a no smoking ordinance and there was a lady sitting at the end of the counter closest to the front door puffing away. I am pretty sure this marks the first donut shop I have visited on the 52 Donuts journey where smoking is permissible.

The multi-generation family I mentioned earlier snagged the last few available counter seats, so we got our donuts to go. The lady behind the counter bagged up our donuts quickly and had us on our way. She wasn’t too interested in conversation with anyone but was sure doing a great job of putting exactly what was ordered in each persons bag. We got a raised glazed, a jelly filled, a chocolate cake and a few others that John couldn’t resist. 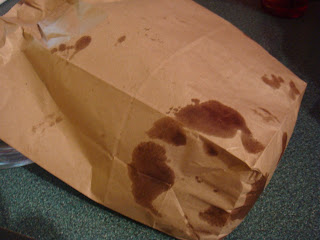 By the time we reached the car with our donuts, the bag was already dotted with grease spots. One bite of the raised glazed donut revealed the culprit. The donuts were dry and crusty on top, yet somehow greasy.

While the donuts were far from the best I have had (in fact, they were among the worst), Duke’s Baker’s Dozen is an authentic local donut shop and I would go there again just to see if the donuts are ever any fresher or less greasy. And with their extensive hours of business, I just might find reason to drop by again. 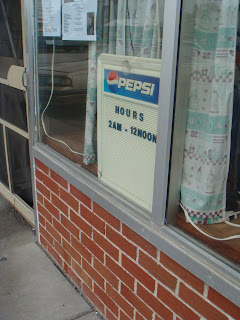 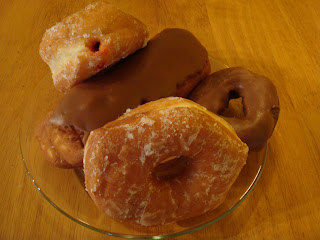 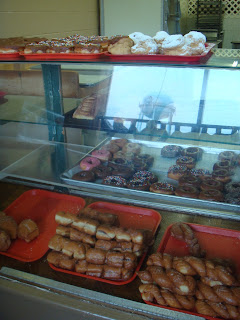