For our seventeenth wedding anniversary, my favorite fella and I found ourselves on the road.  We were headed out of town to work for a couple of weeks and decided we’d stop overnight in St. Louis for dinner and a visit to the botanical garden to see the Chinese lantern exhibit.

I had visited the exhibit earlier in the year when I went to Food Media Forum and had shared the photos with John.  I had also dined at a terrific raw vegan restaurant and stayed at a lovely hotel for a great price thanks to Priceline.  We made plans to have dinner at the wonderful restaurant, PuraVegan, visit the botanical garden and stay at the same hotel.  I snagged the bargain room rate, made sure the restaurant was open…and neglected to buy advance tickets to the botanical garden.  Who knew a weeknight would sell out?

So we had to roll with it.  Instead of going to the botanical garden at night, we took a helicopter flight over it during the day. 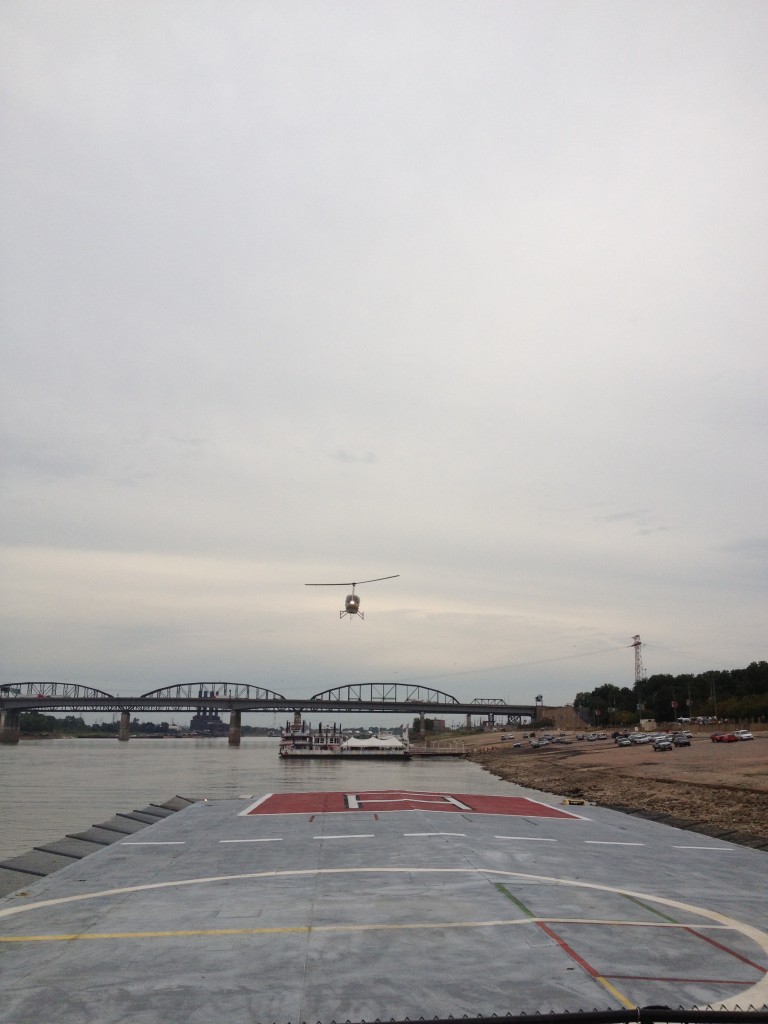 There’s a heliport on a barge in the Mississippi river near the Arch.  We took off and landed from there. 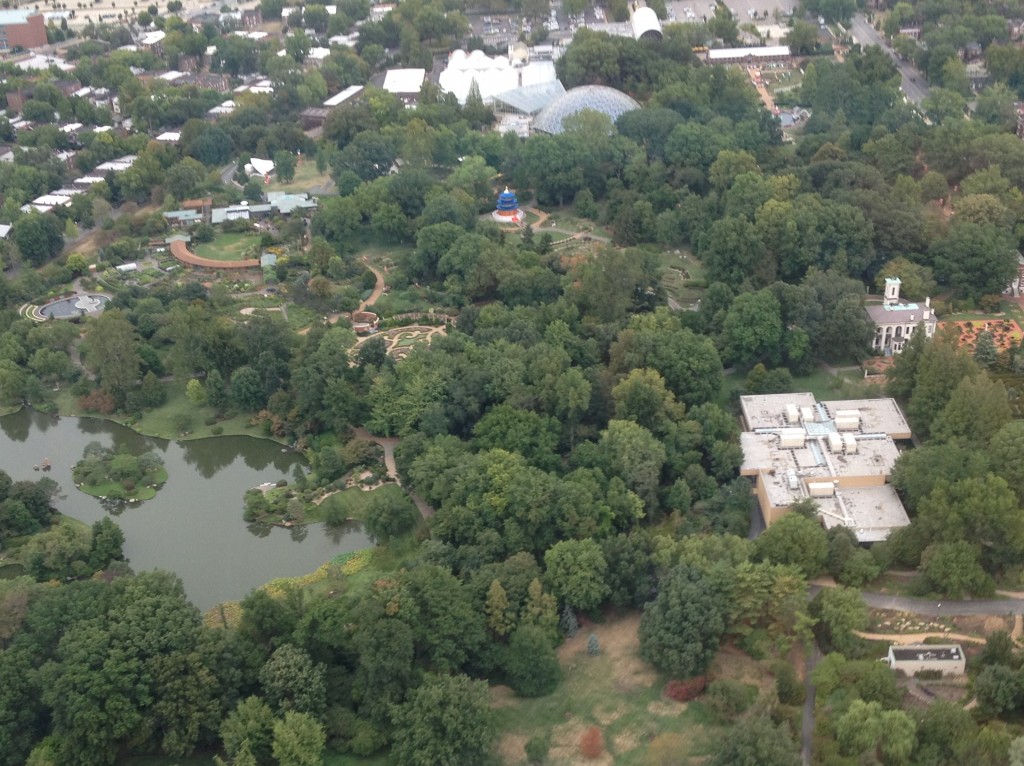 We flew over the botanical garden and several other St. Louis landmarks. 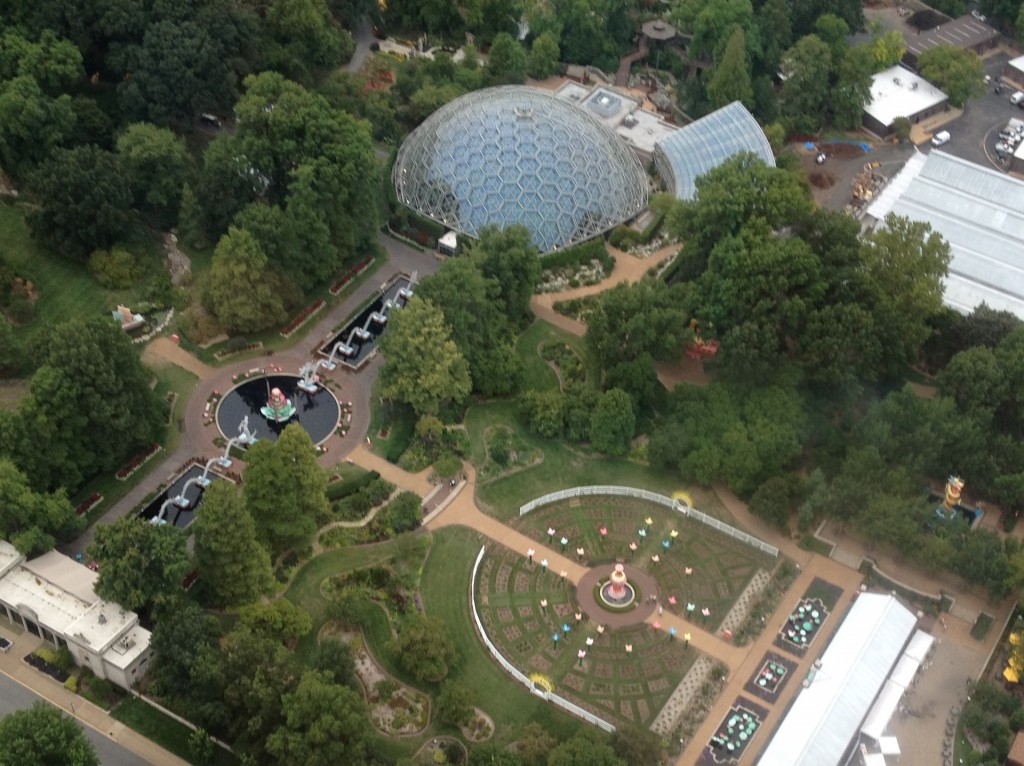 This made for a much better adventure than fighting a sold out crowd at the botanical garden on a hot August night anyway! 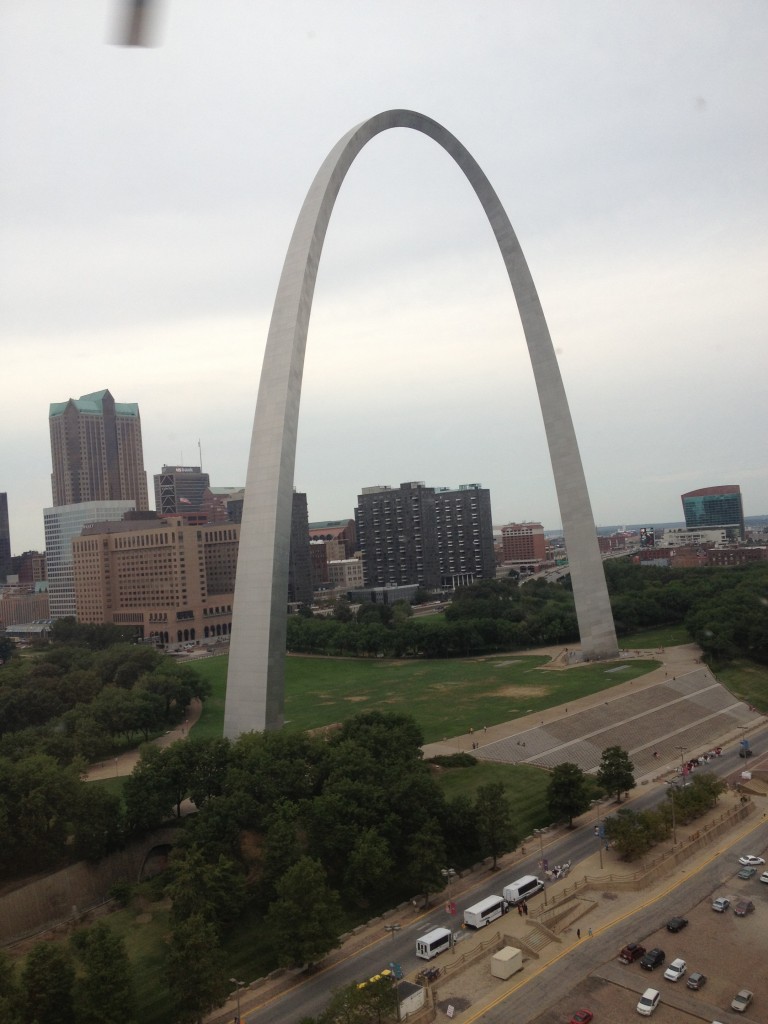