On July 30th, 2018, Dunkin Donuts debuted a certified gluten-free brownie in their U.S. stores. Priced at $2, each brownie is individually wrapped and in a display box at the cash register. 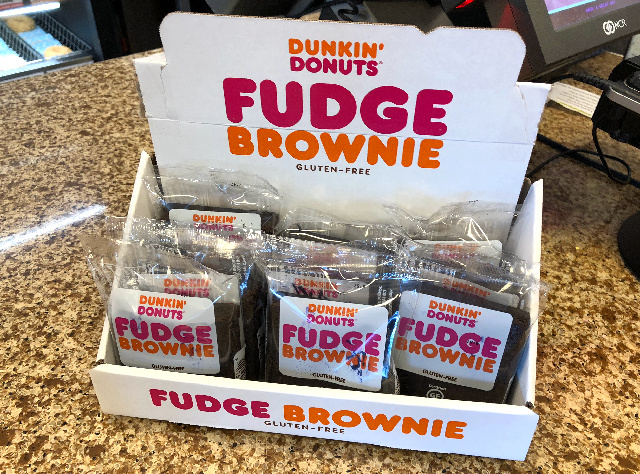 After seeing the brownie mentioned in so many places on-line, I went to check it out for myself. Here are the ingredients: 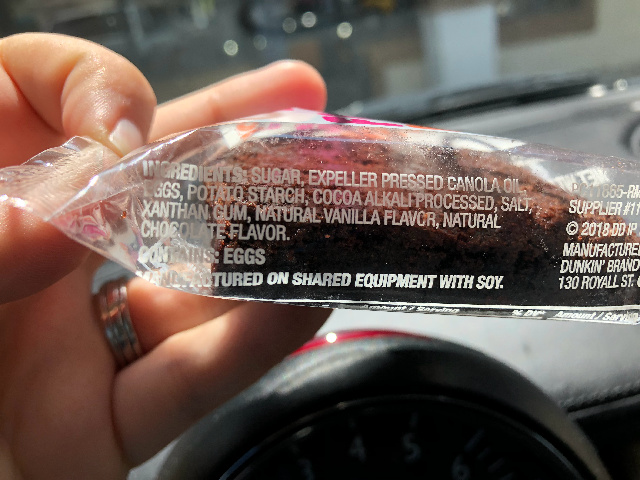 The brownie is prominently featured in the scrolling menu board: 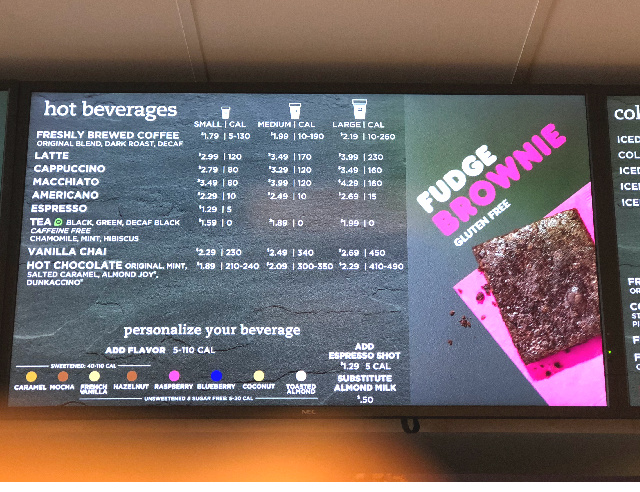 Above are the basics on this new addition. Below is my opinion on the brownie and the online reaction to this new offering. (Unless you are new here, you knew I had an opinion and would share it…)

Here’s a closer shot to show the texture. If you give this a try, I would enjoy hearing your thoughts. And if it’s not your cup of tea (or bad DD coffee), that’s fine, too. 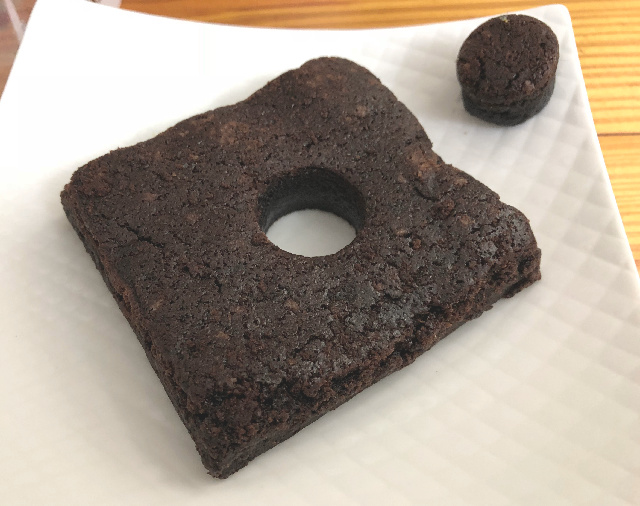