Today I’m sharing how to make the perfect pie crust which also happens to be gluten-free, dairy-free, egg-free and vegan.  Just in time for Thanksgiving. 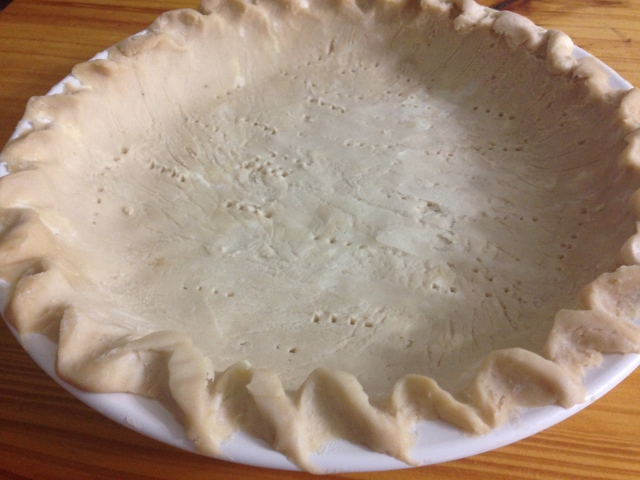 One of my first worries when the doctor told me I had to eliminate gluten: pie crust.  I’m not even kidding you.  Like, right behind donuts kind of worry.  I have always made my own pie crust, always been the one to bring pies to gatherings…and certainly not the kind from the freezer section.  I worried homemade pie crust would be a thing of the past.

Once I figured out how to make a gluten-free flour blend that acted pretty much like gluten-full, all purpose flour, I decided I was going to have at it. I was going to figure out a way to make gluten-free pie crust that was every bit as good as the crust I learned to make from my high school home economics teacher, Mrs. Sylvia Anderson.

Well, guess what?  It didn’t take me nearly as long as I thought it would to “re-invent” pie crust into one that is not only gluten-free, but also free of dairy and eggs and also vegan!

I stuck with the pie crust recipe that I had used for hundreds of pies, simply substituting my gluten-free flour blend (super easy, you can make it with ingredients your local grocer probably carries) and switching out  the butter for a non-dairy variety. 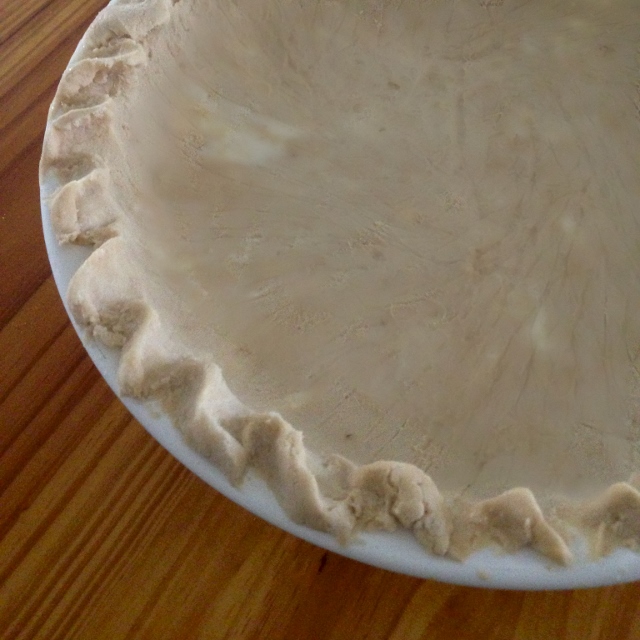 I’ll share all of the tips on how to make this pie crust truly perfect in the recipe below, but first I want to share some success stories with you.  I often meet folks who are fearful of pie crust.  It scares people. I don’t know why because I had an amazing teacher before I had ever attempted pie crust on my own.

So to me, it has always been “easy as pie.”  But I see the fear, the timidity, the trepidation with which many approach pie crust.  I’ve been on a mission the last few years to ease that anxiety. 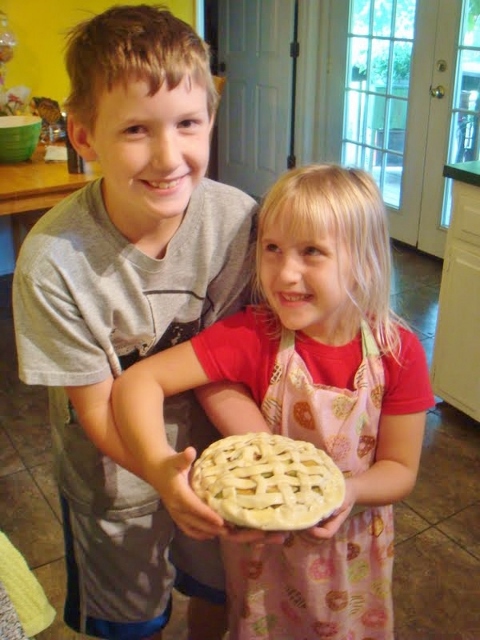 How about one more little vote of confidence before you get started?  When you hear folks talk about over-working dough or crust, it has to do with the gluten in the dough. It is EVEN easier to make pie crust when you remove the gluten!

Rolling and re-rolling pie crust that has gluten in it can result in a tough, chewy crust.  No worries here, take the gluten out and you have a pie crust that can be re-rolled with no harm in case you don’t get it right the first time.  Truly, EASY AS PIE! 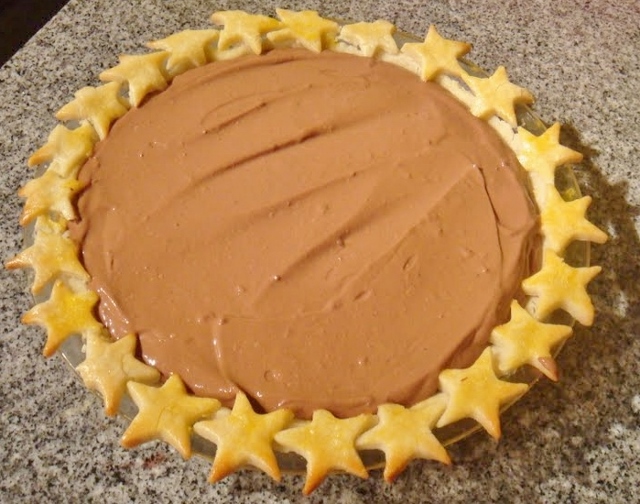 The recipe is below. Hidden in the recipe is a BIG vote of confidence from me. I know you can do this.  Go on, make your own pie crust.  You’ll never look back, I just know it. 🙂

This is the pie crust I use to make pot pie, toaster pastries (pop tarts) and sweet little pocket pies like this. 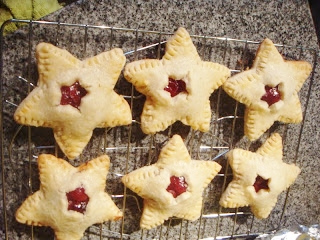 Join me tomorrow when I share a gluten-free, dairy-free, egg-free, soy-free, nut-free, vegan, no-bake pumpkin pie filling.  WAIT!  It’s up now. You can get the recipe right here! No kidding, I’ve made it work and it’s packed with all of the flavors traditional pumpkin pie!

I’m linking this post up with Gluten-Free Wednesdays. Click thru for many more recipes from great folks!