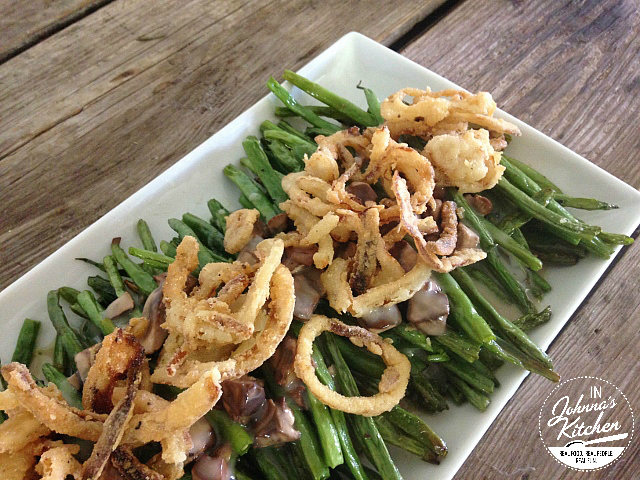 Are you tired of casseroles from Thanksgiving and the following big food shindigs?  I sure hope not, because I’ve got a good one to share with you!

I didn’t grow up eating traditional green bean casserole, at least not that I can remember.  But the fella I married, his family served this at holiday meals, along with mashed potatoes that came from a box.  Not judging, just commenting… 😉

Anyway, I learned to make the casserole the traditional way, with a recipe found on the side of the can of French fried onions.  Dang, those are good!  But then I bid adieu to gluten, said adios to wheat flour, embraced a different way of eating.  I even kicked the grey, gelatinous blobs of canned “cream of” soup to the curb.

So how does one do that and still make a traditional casserole?  Is it possible to not completely break up with a classic, to re-make it into something even better? Allow me to introduce you to New and Improved Green Bean Casserole: 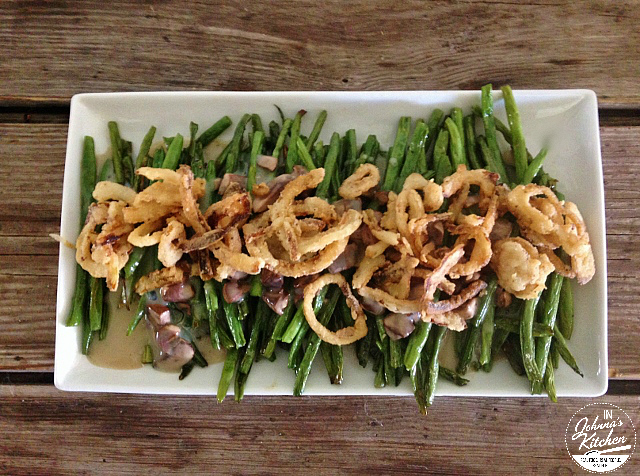 Not only does it have the flavors reminiscent of the traditional casserole, it’s even better.  And it will work for you if you are gluten-free, dairy-free, egg-free, vegan….it works for so many folks!  I made this on Thanksgiving and we both liked it so much, I made it again the next week.  The flavor of roasted green beans is far superior than the canned beans I used to use.  Add to that the superbly creamy texture of The Gluten-Free Homemaker’s Cream of Mushroom soup (currently not available online, looking for an option to share it with you!) and my French fried onions and you’ll have a new family favorite to put on the table. 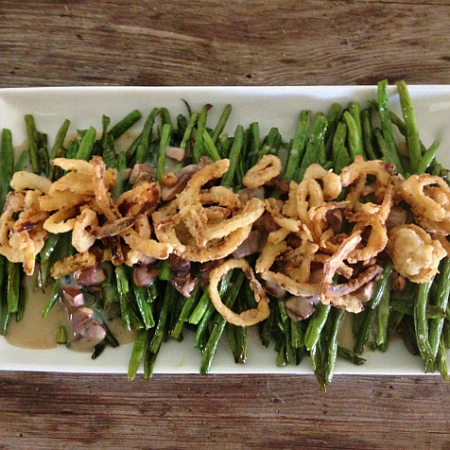 This post is linked up to Gluten-Free Wednesdays and Gluten-Free Fridays.  Visit both for more recipes!