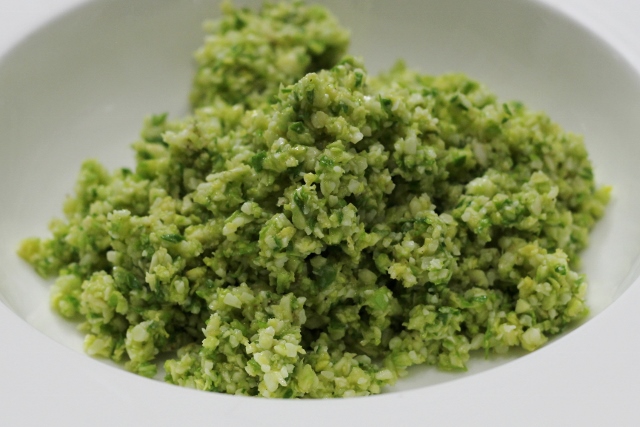 Over the holidays, my favorite fella and I slipped away to Chicago for a few days. I’m excited to share more about the trip with you because there are few cities where food is as fantastic as Chicago and we stayed at a real gem of a hotel. What’s that got to do with a Brussels sprout and Pecorino recipe, you ask?

I’ll tell you about the donuts I ate soon, but first I’m going to share a little more about the Brussels sprouts salad AND my homemade rendition. 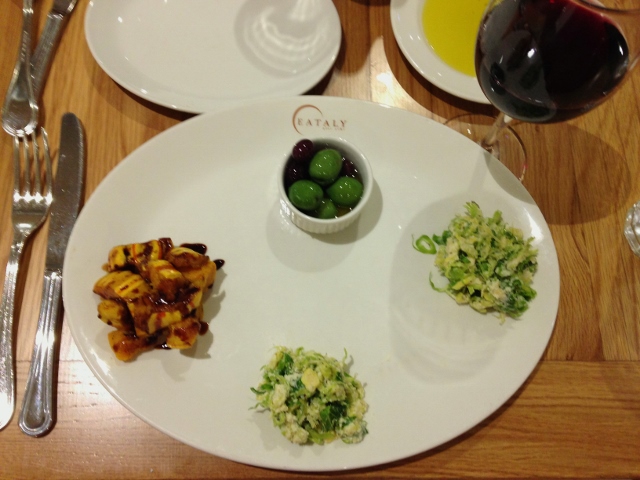 My entire meal and shopping experience at Eataly was terrific and I’ll tell you more about it soon, but first I want to share my rendition of the salad. 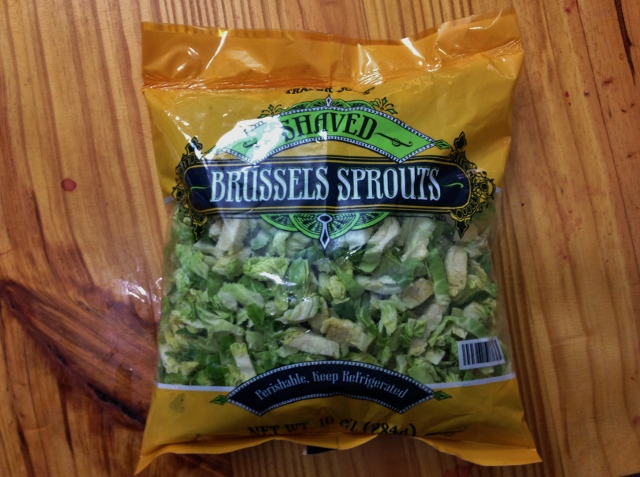 I’ve used Pecorino Romano cheese in this salad. When you see a cheese made in Italy labeled Pecorino, it means it is made from 100% sheep’s milk.  An American-made cheese labeled Pecorino is probably made from cow’s milk.  I point this out because I know some of you are like me and tolerate goat and sheep milk much better than cow milk. Both versions are salty, which will explain the absence of any added salt in my recipe. 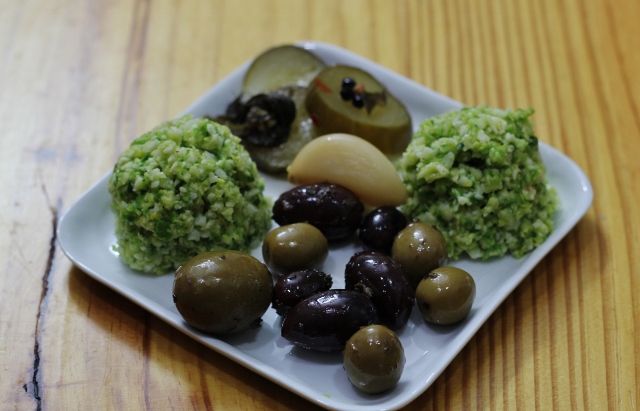 Ok, enough about all of that; on to the recipe.  I hope you’ll enjoy this one as much as we do.  I made it twice last week. While not quite the same as Eataly’s original, it’s crunchy and salty and absolutely perfect for enjoying with our small homemade version of an Antipasto Misto platter.