After last week’s hum-drum donut experience, I knew it was time to visit a sure thing from the list. I had hoped to make it several months into the 52 Donut project before checking out the donut shops that come with the highest recommendations, but realized it was important to get back on track, to…

END_OF_DOCUMENT_TOKEN_TO_BE_REPLACED

Today’s donut adventure probably won’t make it into the Top 10 List. I realize not all donuts will be tasty, not all donut shops will be full of character or located in a beautiful area and today’s visit hit on all of those. Em and I headed to Excelsior Springs a little later than we…

END_OF_DOCUMENT_TOKEN_TO_BE_REPLACED 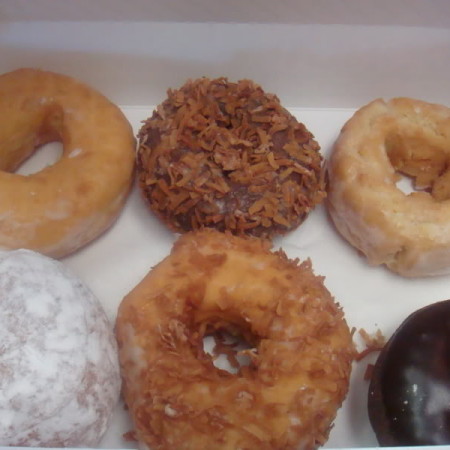 This week’s donut adventure took me away from my familiar donut locale to St. Petersburg, Florida. With my hubby John along for the ride, we set out to visit the St. Pete Donut House, originally built as a Krispy Kreme in the 50’s. I had come across a vintage postcard on the Postcardy blog featuring…

END_OF_DOCUMENT_TOKEN_TO_BE_REPLACED

Today’s donut adventure took Em and me to Poppy’s Famous Donuts in Independence. Located near the Truman Library, it has many of the characteristics of a classic donut shop, including good donuts, friendly counter staff and quirky locals. There was a debate about Missourians winter driving abilities taking place when we entered. One of the…

END_OF_DOCUMENT_TOKEN_TO_BE_REPLACED

Week 1 of the 52 Donut Project led us to the Skillet Licker Cafe in Kansas City, Kansas. John and I hitched a ride with Em and B for a late breakfast with mini donuts for dessert. Em pointed out breakfast doesn’t usually include dessert but should. I agree! The Skillet Licker, at 501 N….

END_OF_DOCUMENT_TOKEN_TO_BE_REPLACED 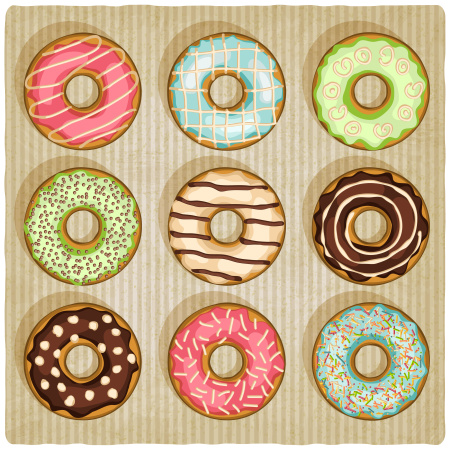 Hello and welcome to my very first blog post. Here’s the full scoop on my 52 Donuts project. I have a thing for donuts. I grew up visiting Dunkin’ Donuts every time we “went to town,” which was 45 minutes away. From those visits came my love for donuts, eating at a counter and…