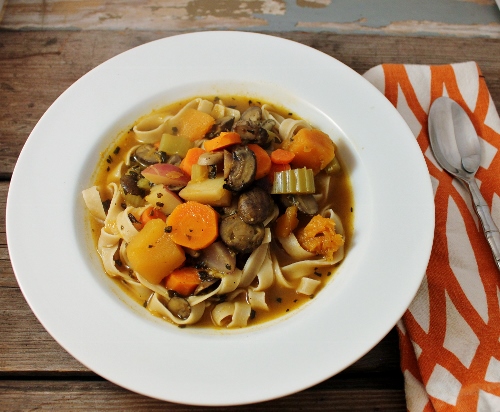 Is it cold where you live? Here, in the Kansas City area, it’s so cold that all I want to eat is hearty soups, stews and chili.

This soup is terrific ladled into a generous soup bowl and even better ladled over gluten-free egg noodles.  I used Jovial’s egg noodles, cooked according to the instructions on the box.  I prefer noodles separate from the soup, as most soup recipes create enough for leftovers.  I’m not a fan of noodles that have been sitting in soup for a few days, I prefer that freshly made pasta feel. 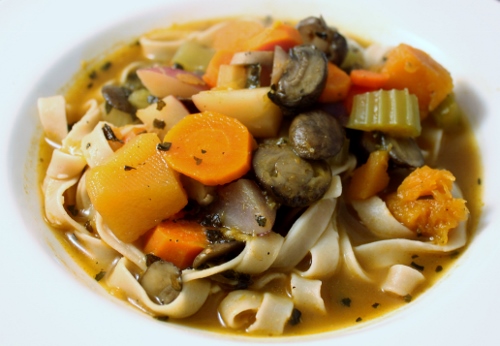 Speaking of leftovers, if it’s possible, this soup improves after hanging out in the fridge for awhile.  Yesterday for lunch we had the last little bit of a batch of this soup.  My favorite fella commented that this soup just keeps getting better.  He liked it better the third time around than when it was fresh!

I cook most soups in my Lodge 5 quart Dutch oven.  I love cooking in cast iron because of the rich, deep flavors that seem to live in a well-seasoned cast iron pan.  I’m also buying into the thinking that cooking in cast iron puts a bit more iron in food, which works great for me.  Oh, and also, toting this pan around counts as a workout.  I believe it weighs something like 15 pounds.  I honestly don’t move mine around much, it lives on my cooktop because it gets used so often. 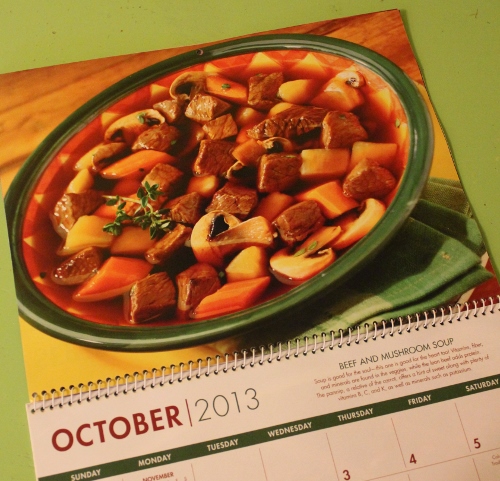 For those keeping track, this is the October recipe from the Twelve Months of Healthy Eating calendar project. October’s recipe was for Beef and Mushroom Soup.  Biggest change: no beef.  I’ve also amped up the veggies and seasonings.   Below the recipe, I’ve included links for all of the recipes so far this year.  Next up, an amazing recipe remodel for meatloaf! 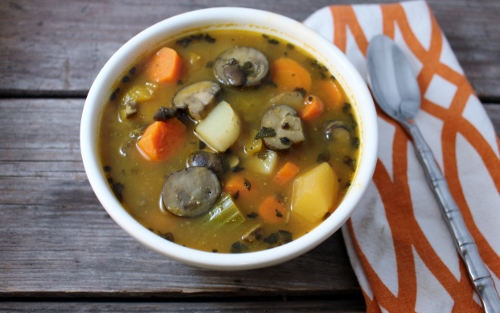 Here are the recipes so far in the Twelve Months of Healthy eating project.  Enjoy!

This post contains affiliate links for products I personally own, use and believe in.  Should you click on the links and purchase these items, I may receive a small percentage commission.  By purchasing via links in my blog posts, you are helping me earn a few pennies to buy a bunch of kale, a pound of flour or a new spatula.  This allows me to continue producing high-quality, free content including original recipes like the one above.  I appreciate your support!